Flower In a Stained​-​Glass Window -&- The Blinking of The Ear 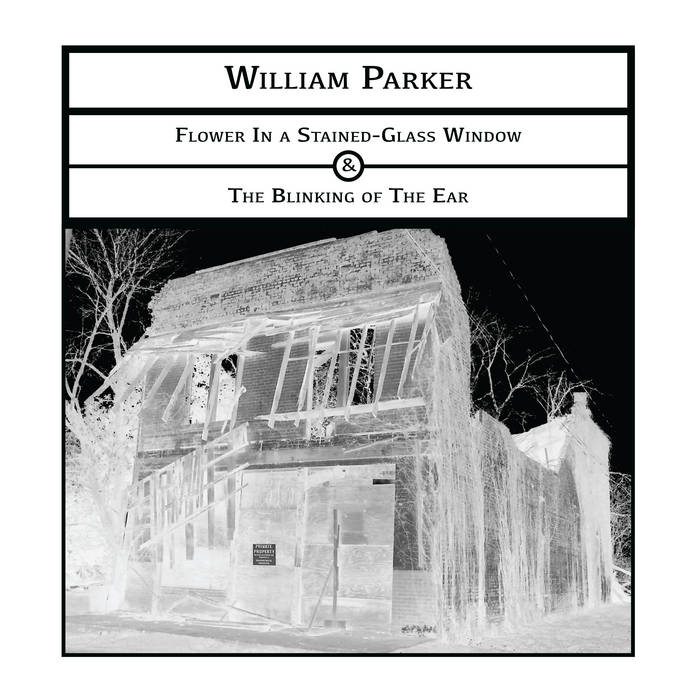 
This special 2CD edition release is comprised of two =brand new= full-length albums, distinct in personnel & approach, yet complementary in ethos. William Parker is / has been on a profound and voluminous creative flow. Both of these albums were made in Summer 2018; they follow up and extend on his June 2018 release, the exemplary triple-album set "Voices Fall From the Sky."

"Flower in a Stained-Glass Window" fully features vocalist Leena Conquest, a tremendous interpreter of Parker’s work in song. She can be heard to deep affect in his Raining On The Moon and Curtis Mayfield projects. This is her first work together with Parker since 2012, and it is a potent return to this creative orbit. She sings and speaks atop of and within a fresh ensemble featuring Parker’s bass together with long-time compatriots trombonist Steve Swell & saxophonist Dave Sewelson, South African drummer Kesivan Naidoo (in his first work with Parker), Parker’s son Isaiah on piano, as well as younger saxophonic talents Abraham Mennen and Nick Lyons.
This work is dedicated to the inspiration of Martin Luther King, and the lyrical content pulls no punches delivering the truth as Parker sees it. The message is: social and political justice and equality for all human beings.

"Flower.." was slated for release on its own, and then William Parker had a summer residency at The Stone / New School in New York in which "The Blinking of The Ear" was presented in wholly extended form by an ensemble featuring Daniel Carter (witness the recently released "Seraphic Light"), Steve Swell, Eri Yamamoto on piano, William Parker and young Leonid Galaganov on drums, with mezzo soprano AnnMarie Sandy. This composition first appeared on the Voices Fall From The Sky set in a voice/piano/drums reading. Here, as Parker writes in the liner notes: “The dream was to combine written music with improvised music; slowly and seamlessly folding them together as one. This sextet live version wholly realized that dream; it was an extraordinary event in music called universal tonality.” After hearing the recording, it was forthwith decided to include this and make it a true double-album event!

CDs packaged in a very limited edition deluxe 8-panel digipak, with liner notes by William Parker, and released on Centering Records. The public domain images were chosen by WP purposefully for this release.

All mixed & mastered by Jim Clouse at Park West