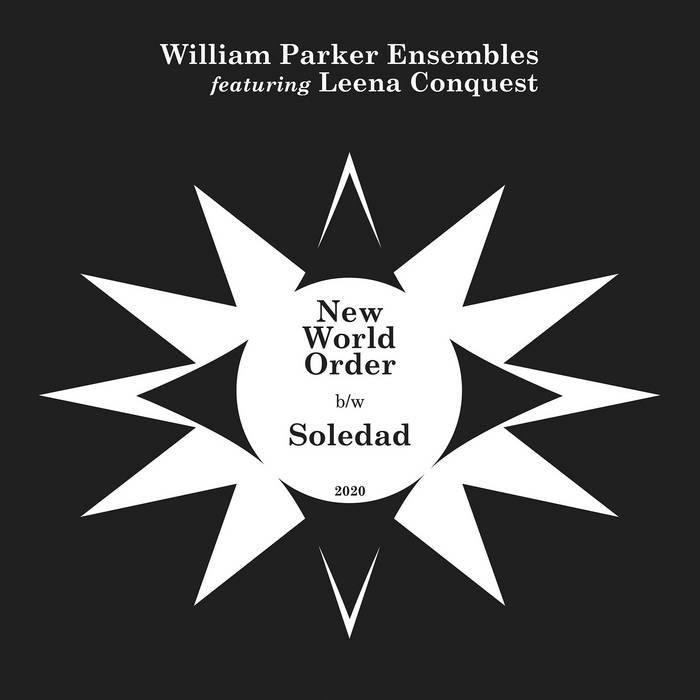 Ex-Friendly The Curtis Mayfield classic taken to the stars with a loose but deep swing, a 90 strong choir of Parisian kids and the great Leena Conquest singing the main line. Amazing and transcendental... Favorite track: New World Order.

The Monk Of Funk ™

This is William Parker's first single in almost 50 years of creating profound Music & close to 100 Albums as a leader/co-leader.

These two tracks are performed by a pair of William Parker Ensembles featuring singer Leena Conquest.


"What has become increasingly apparent in recent years is William Parker’s stature as a visionary of sound and song – an artist of melody and poetry who works beyond category, to use the Ellingtonian phrase." That line was written for Parker’s forthcoming – and all new – 10CD box set, due in January 2021. This digital single presents a pair of earlier examples.

The original composition and William Parker’s re-creation of it are both timeless, and there certainly is no better time than Now! for this music & its message to be heard. The phrase ‘New World Order’ has been used often over the last 100 years by various nation-leading men of great power seeking more of the same. More misery for the multitudes has been the common result of all those grandiose thoughts. The very different vision voiced herein originated through Curtis Mayfield, and is among the great soul composer’s last works. It was featured as the title track of his final album, his vocals painstakingly recorded one line at a time – “you must be merciful my friend, to attain the same.”

Parker’s vital re-arrangement of “New World Order” was presented at the premier performance of his illuminated Inside Songs of Curtis Mayfield project [ Banlieues Bleues Festival, March 2001]. Piano, bass, drums, balafon & the incomparable voice of Leena Conquest together with a chorus of 90 children from the banlieues ("suburbs") of Paris, where many immigrant families resided then and now.

This track is part of the essential compendium, 'I Plan To Stay A Believer' : williamparker.bandcamp.com/album/i-plan-to-stay-a-believer-the-inside-songs-of-curtis-mayfield

Because every single needs a B-side (even in digital format!) we decided to go double A on this one.

"Soledad" is also a timeless composition (by William Parker) & performance thereof (by his Raining On The Moon Quintet).

This recording is from the masterwork album, 'Corn Meal Dance' :
williamparker.bandcamp.com/album/corn-meal-dance

And it is dedicated to George Jackson :
en.wikipedia.org/wiki/George_Jackson_(activist)