← more from
AUM Fidelity
Get fresh music recommendations delivered to your inbox every Friday. 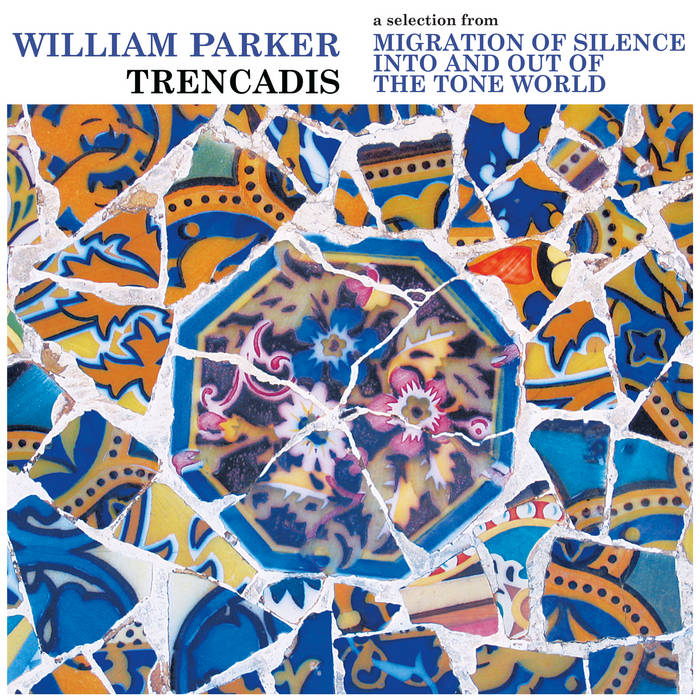 Matt Sheppard Roll on January... Favorite track: Baldwin [from THE MAJESTY OF JAH].

Cosmographer The astonishing range and sheer variety of orchestration and composition in this set give a good sense of Parker's achievement as an artist. He has reached a level of excellence and truth in his pursuits that very few have. It's marvelous music for the ages. Favorite track: Paintings in the Sky [from HARLEM SPEAKS].

ipchrist The beauty of these recordings is manifest and heart-warming, I only wish more people would discover this music. Please bring the full box set out now! Favorite track: A Great Day To Be Dead [from BLUE LIMELIGHT].

The Total Work & 2nd edition of the 10-CD Box Set released in January 2021 which this advance selection heralded is here:
williamparker.bandcamp.com/album/migration-of-silence-into-and-out-of-the-tone-world-volumes-1-10

Trencadís is a 10 track advance selection [1 track from each Album] from William Parker's forthcoming 10 CD/Album Box Set entitled, Migration of Silence Into and Out of The Tone World. This collection and the whole box set are comprised of all new William Parker productions/compositions created with a beautifully wide range of well-tuned collaborators. The albums were all made at Park West Studios in Brooklyn, NY throughout the last year+ ; the final session took place in February 2020 a few weeks before the lockdown began. Centering Music, Universal Tonality & access to The Tone World are in abundance.

The 10 CD / Album Box Set will be released in JANUARY 2021
on Centering Records / AUM Fidelity.

[ Personnel details on each track can be found by clicking on the track itself, or the 'info' button that appears on rollover. ]

[[ All the support $ received on this advance will go toward box set production which'll cost numerous $$$ – thumbs up and Forward! ]]

Cover Art for this advance selector set features a beautiful
Tara Key photograph of trencadís at Park Güell, Barcelona
(thank you, third time, for sharing eye like so, TK – Love You!)
And, for all reading this who Rock, Highest Recommendation to dig Tara Key's work on electric guitar & song & voice here: antietamnyc.bandcamp.com

is a bassist–improvisor–composer–bandleader–griot–shaman–community leader.
He performs beautifully & powerfully on numerous additional instruments as well.

Featured here are the premier works produced for both AUM Fidelity & his own Centering Records imprint.

The Hammer and The Relentless from the Boston band Malleus stop by for a chat.