Voices Fall From The Sky 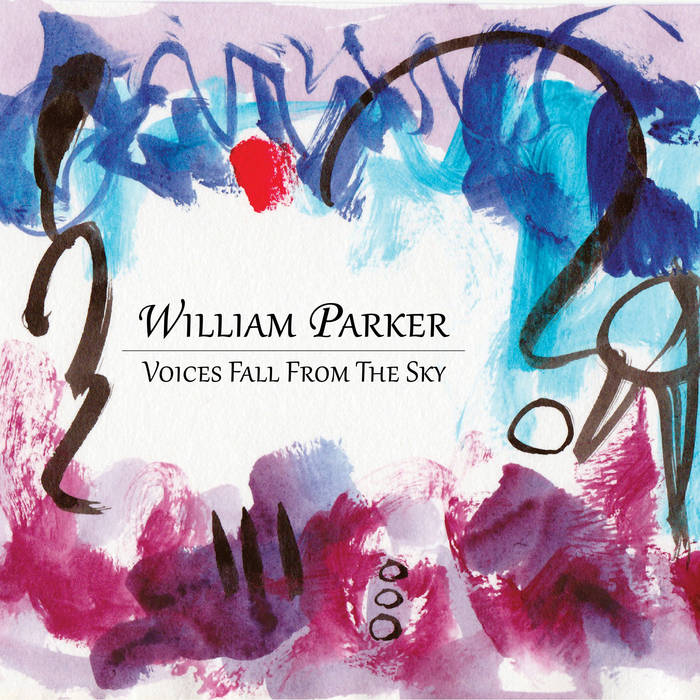 
“After a lifetime in free jazz, William Parker is ruminating on freedom in profoundly personal and spiritual terms. As always with Parker, the music is uncompromising—radical and radically beautiful.”
–The Nation

“For lovers of song, this box set represents an inexhaustible, eloquent and impressively varied treasure trove. Even within the context of an extraordinary discography, it marks itself out as something uniquely rewarding. One of the discs of this, or any other, year.” –Jazzwise

“Generous, roving and unbound. A mother lode of independent thought in a searching mode.” –WBGO

“9/10 Stars. In a career full of lofty goals and incredible highs, William Parker has once again sculpted an album that will stand apart from the pack through beauty alone. Once you take into account Parker's ambitiousness and his strong sense of social obligation, Voices Fall from the Sky rests on even sturdier ground. This is an album to take with you into the next lifetime.” –PopMatters

“To place William Parker squarely in the box labeled “composer” or “improviser” is to deny the fertility of the ground he has spent the past 45 years preparing. More and more, the projects he is helming inhabit a diverse world where sound and form work in symbiosis, blurring the boundaries of categorization in the process. Parker is forever forming environments in which transformation can occur and optimism thrive. Stones can become flowers, water and metal can merge and the simple act of raining rose petals is alchemical, turning motion to sound as dance transmogrifies into constructive protest or soul food as savory as the music on these discs.” –The New York City Jazz Record


A treasure box abounding with gems, Voices Fall From The Sky is an expansive 3 Album / 3CD Box Set comprising three distinct and complementary albums whose focus is on the voice: ~the singers~ & the songs, all composed (music & lyrics) by William Parker. 17 singular & potent voices are featured herein; accompaniment ranges throughout, from duo to large ensemble.

First release for each of the albums are within this compendium.
Over half of this work are brand new recordings made during December 2017–January 2018; the balance is drawn from various sources, some long (20 years!) unavailable and others presented in new form; all personally selected & sequenced by William Parker, and released on his own Centering Records imprint (dist. by AUM Fidelity).

A multitude of approaches are in evidence: art song to operatic, pop to gospel, ballads to dance numbers, silence to exuberance. The lyrical content expresses love of nature and its vital importance to a whole life, compassion, anti-oppression, anti-violence of any kind, praise of the creative spirit, and, Love. These themes are foundational in all of Parker’s work; the forefront spotlight through a multitude of expressive voices here makes them that much more salient.

Parker has been working with singers since first embarking on his distinguished path in the early 1970s. His creations featuring voice & song which have found greatest renown to date have been with the groups/projects, Raining On The Moon [ “In suggesting an alternate past, where Nina Simone jammed with John Coltrane, Parker finds another future.” –The Sunday Times } and The Inside Songs of Curtis Mayfield [ “A superb example of how a pop songbook can be transformed .. a fierce and awesome display of musical prowess .. among the broadest, deepest and richest listens of this year (or any).” –JazzTimes ] And, from a full-page featured review in The Wire of Parker’s most recent release in this form, Stan’s Hat Flapping in the Wind: “Through these songs, love rains down.”

Album 2 – Songs, is wholly comprised of duets (except the first track ;-), and focuses on three singers with whom Parker has had decades-long creative relationships with. Vintage recordings with Ellen Christi and Lisa Sokolov from the early 1990s :: which have been unavailable for almost 20 years :: are here re-contextualized with more recent work featuring Leena Conquest (and one each feat. Ernie Odoom & Mola Sylla) [Accompanists]: Yuko Fujiyama • Cooper-Moore • William Parker • Eri Yamamoto

3CD Box Set is in a strictly limited Edition of 1000 – a truly gorgeous item with heft to match the musical content.